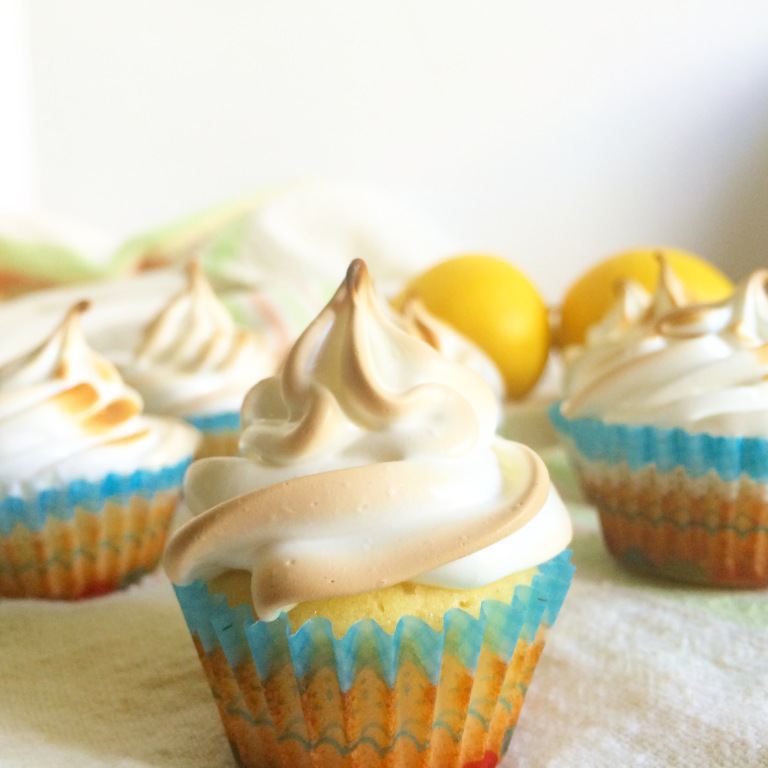 “When life gives you lemons…bake cupcakes”.

Actually, that’s not really a quote. You should just always bake cupcakes…because…cupcakes! I don’t have as much experience with gluten free, so I was afraid these would taste different than my normal cupcakes – but, everyone loved them! They are soft, and quite lemon-y, but also sweet. The lemons were picked fresh and smell divine as you work with them in your kitchen! 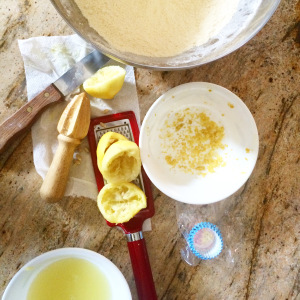 Zest lemons in one bowl, and then juice them in another bowl. Set aside. In a separate bowl, combine flour with baking powder and salt until mixed well. Preheat oven to 350F and set out 48 cupcake liners in cupcake tins and set aside. Meanwhile, cream butter and sugar together in stand mixer with paddle attachment. Once smooth, mix in eggs, milk, lemon juice, zest, and vanilla. In three parts, mix dry ingredients into wet ingredients. Fill liners a bit more than ¾ full. Bake for 13-14 minutes or until toothpick comes out clean from the middle of cupcakes. Remove from oven and let cool to room temperature. 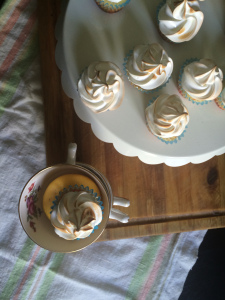 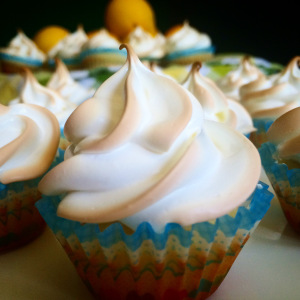 Place a large metal bowl over a saucepan of just boiling water. In the bowl, add the egg whites, sugar, and cream of tartar and whisk until the sugar dissolves. Transfer this to your stand mixer and beat with whisk attachment to firm peaks. Add vanilla and lemon juice and beat to stiff peaks. Pipe onto room temperature cupcakes. For the toasting, you can either use a hand- held kitchen torch or you can place in a 450F degree oven for 2 minutes. I actually did both. I did the oven first, which gave the cupcakes a light brown even color. Then I used the torch to get some darker accents so it really looked toasted. (Be sure not to hold the torch too long or too close in one spot at a time, and keep it away from the liners.) Either one looks super pretty and tastes great! Bonus when you use the kitchen torch – it smells like s’mores as you work—yummy! 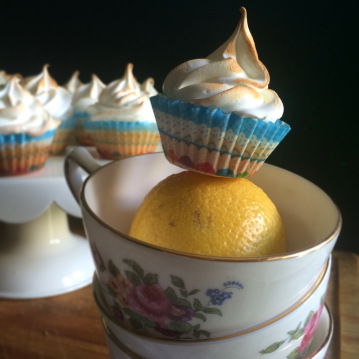 What’s your favorite blueberry dessert?? Some of

I made galettes last night by accident! If you hav

We made it to Friday! Happy Mother’s Day Weekend