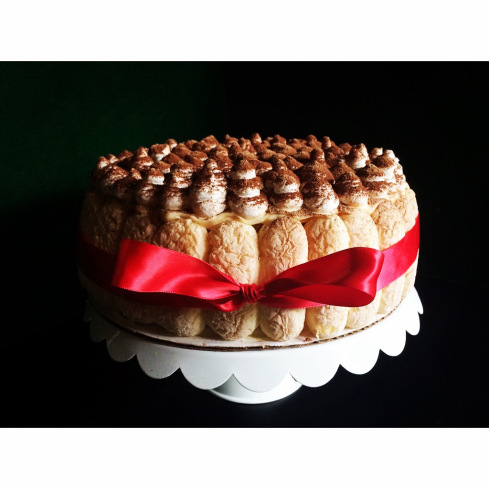 So I wasn’t reeeally in doubt about baking a cake, because, I mean, why wouldn’t you bake a cake?  🙂 However, I wasn’t sure in exactly the format I wanted to go with my tiramisu cake (once I decided on that). Tiramisu is a traditional Italian dessert, which is usually created with alternating layers of ladyfingers and a mascarpone-egg cream, with some good espresso and rum mixed in. I knew I wanted to do that cool ladyfinger lining on the outside of the cake though – which by the way, technically makes this tiramisu cake a Charlotte style cake (thanks wiki!). In the end, I decided that the cake would be most stable if I actually baked round sponge cakes and alternated that with ladyfinger layers to give the cake more structure and stability. 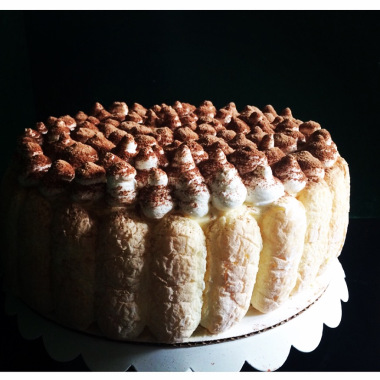 Preheat the oven to 350 degrees F and line a baking sheet with parchment paper. Cut a half inch opening out of a piping bag.

In a separate bowl beat egg yolks with ¼ cup sugar and the vanilla extract – with electric mixer until it is lighter in color and thicker. Fold yolks into whites.

Transfer into prepared piping bag and pipe one inch ladyfingers across parchment paper, so that they are almost touching each other. Dust with powdered sugar and let sit for 10 minutes. Dust a second time with powdered sugar then place ladyfingers in the oven for 12-15 minutes until just golden. Remove and let cool completely to room temperature. 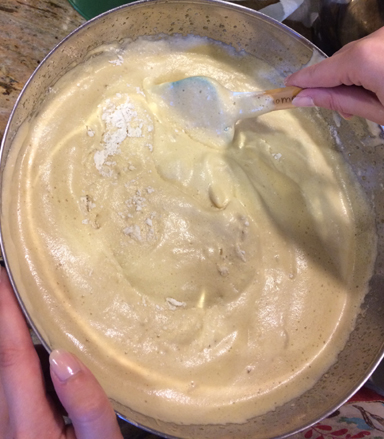 Preheat oven to 350 degrees F. In a large bowl, beat egg yolks with electric mixer and 2/3 cup sugar. When frothy, add in 1/2 cup of espresso. Continue mixing until it thickens and color becomes off-white. 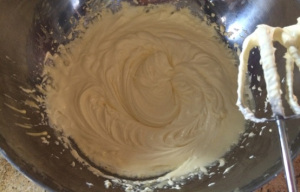 In the bowl of a stand mixer, beat egg whites until frothy and then add in 2/3 cup of sugar. Beat until you get stiff peaks. Fold the egg whites into the yolks. 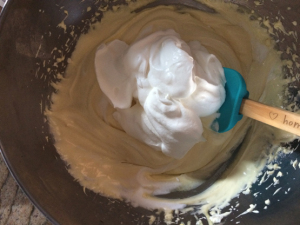 In a separate bowl combine the dry ingredients. Sift these into the eggs (again, the sifting really does make a difference in texture). Fold the flour into the egg mixture until you do not see any loose flour. Do not over mix. 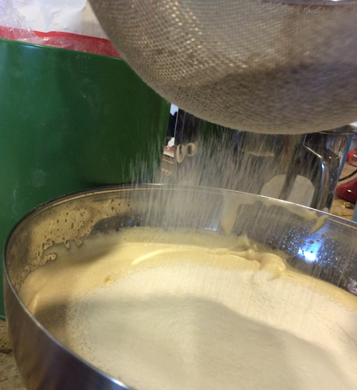 Spoon batter into two well-buttered baking pans and bake at 350F for about 15 minutes. Remove from oven – cakes should spring back when touched. Let cool completely. 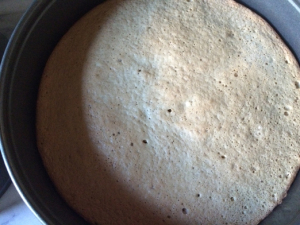 Mascarpone filling + Putting it all together!

½ cup Kahlúa (or any dark rum) 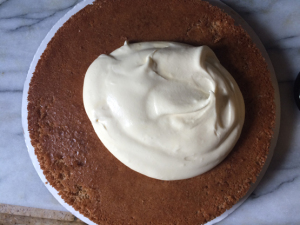 Place egg yolks in large metal bowl which is placed over a saucepan with boiling water in it (homemade double boiler!). Whisk yolks with sugar by hand for about 5 minutes on medium heat, and another 5 minutes on simmer. Remove from heat. Using an electric mixer, whisk yolks until pale (off-white) and thickened. Add the mascarpone and 3 tsp of espresso and mix well.

In the bowl of your stand mixer, whisk 1 cup of the heavy whipping cream until stiff peaks form. Fold this into the egg-mascarpone mixture.

In a separate bowl, combine the rest of the espresso and the Kahlúa

In the bowl of your stand mixer whisk another cup of heavy cream to stiff peaks (this is for the top of the cake). 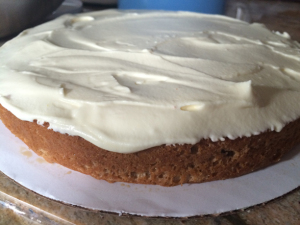 Let’s put it together:

Dip a pastry brush into the espresso-rum mixture and brush the first sponge cake with it generously. Now pile on the mascarpone mixture and smooth it out.

Next, dip the ladyfingers that will go inside the cake into the espresso-rum so that they are soft, but not soaking wet. Place this layer of lady fingers neatly around the cake, covering as much of the mascarpone mixture as you can. You may have to tear some to fill in spaces. Place another thick layer of mascarpone mixture on top of the ladyfingers and spread it so it is smooth. 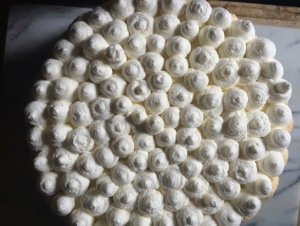 Fill a piping bag, fitted with a Wilton 12 tip, with the whipped cream you have in your stand mixer. Pipe large dots (they look like little white mountains) all around the top of your cake – working in circles, from the outside in. Take about ¼ cup of cocoa powder and sift it over the top of the cake. Refrigerate at least two hours or overnight. 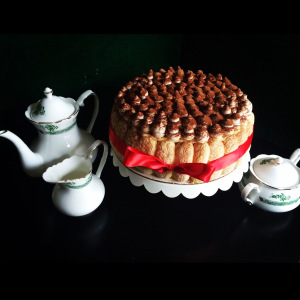 That’s it! You’re done! As they say in Italian – Buon Appetito! 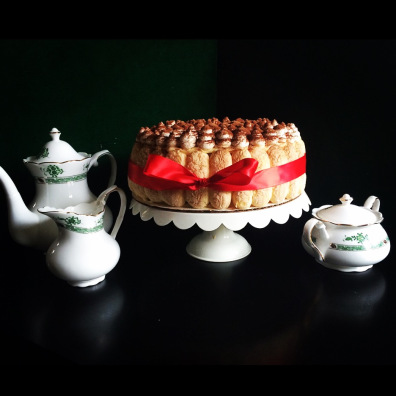 Just trying my best! Anyone else already tired and

Acorn Squash Baked Oats! So decadent, and yet som

It’s me. Hi. I have to put dark chocolate on eve

Cook dinner with me 🎃🍝 This is now on the p

Happy #Halloweekend 👻🎃💀🕷 hope you get